You Put What In My Mouth ?

Our documentary follows the lives of 4 people as they struggle to inform the federal government, public and dentists of the extremely large amounts of mercury vapor and mercury contaminated particulate matter generated during the making, placement, polishing and removal of mercury dental fillings.

At great expense to their personal lives, the subjects of our film are desperately trying to alert public health officials that these acute and chronic toxic exposures to mercury have a potentially huge influence on the health of the 120 million Americans who have amalgam, especially the tens of millions who fall into “at risk” categories.

Our film will explore why dentists disregard manufacturer warnings and are unaware of the elevated exposures during these routine dental procedures. These toxic releases far exceed occupational safety regulations and levels at which The Agency for Toxic Substances and Disease Registry (ATSDR) relocates individuals from residences.

Please re-read that last sentence to gain an understanding of why our subjects have devoted themselves to correct this enormous problem with serious implications to health. Each character has found it hard to understand why our government and the ADA promote the safety of a product that releases mercury vapor at levels higher than all known safety levels.

It will be noted that most of the 170,000 dentists in this country who work with amalgams do not think exposure to dental mercury causes any harm what-so-ever.

Thus the vast majority of dentists neglect to mention to patients and staff that amalgam fillings contain mercury. Also, since most dentists are adamant that amalgam fillings are totally safe, they do not know to divulge any adverse health effects that exposure to mercury may cause. This is the exact opposite of what occupational safety laws require.

Our lead characters advocate that withholding this required information robs staff and patients of the information that would enable them to make informed decisions regarding their health.

In addition to examining the devastating effects of dental mercury exposure to patients, staff, and the environment, the advocates in our film will highlight the many currently available solutions to reduce these toxic exposures.

This picture shows the personal protective equipment dentists and staff should be wearing, to meet occupational safety regulations, when working around large exposures to mercury. 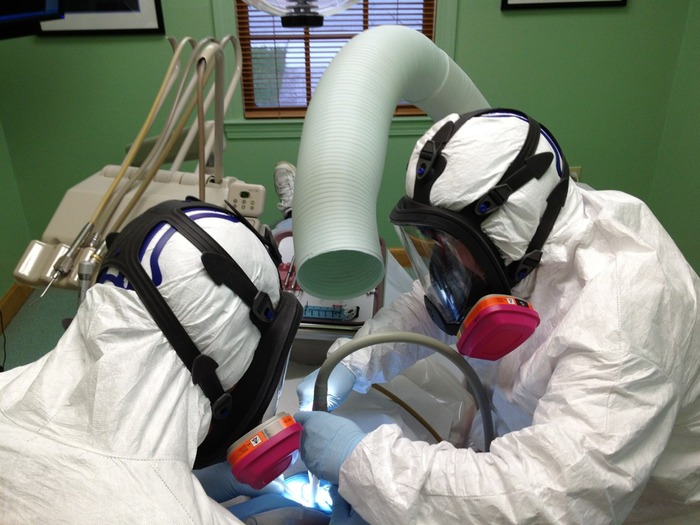 That too is going to be covered in the film. While dental schools teach nothing of how to protect oneself from mercury, those dentists who do find out about the toxicity of amalgam are hindered from sharing that information by way of the ADA’s code of ethics, otherwise known as the “gag rule” which limits what a mercury free/safe dentists can say and do regarding amalgam. While the ADA continually argues for the sanctity of dentist / patient relationships, it is only from the pro-amalgam viewpoint.

Mercury free and mercury safe dentists are routinely hassled by state and local dental branches who have assumed the ADA’s code of ethics. With looming fear of retribution most dentists who do know of this problem, say nothing. With that context, one can now easily see why a national Zogby poll indicated that 76% of respondents did not know that amalgam contained mercury.

To help people understand about mercury and the toxic vapors it releases, a few of the characters in the film are planning to visualize something that has never been shown before. Since mercury vapor is colorless, odorless and invisible, they will visualize the shadow of the mercury vapor being released from amalgam fillings during the placement, polishing and removal process. 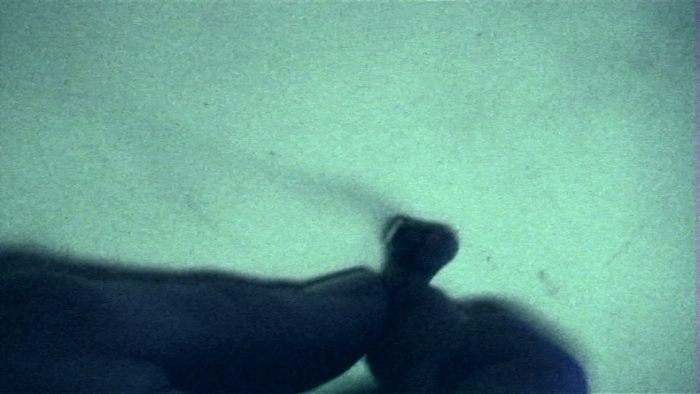 Above is a still from the “smoking tooth: video released by David Kennedy DDS of The International Academy of Oral Medicine and Toxicology. This picture shows mercury vapor being released from a 25 year old amalgam filling after being agitated.

This visualization is achieved by using the principles of atomic absorption. This will enable people to actually see the huge amounts of toxic mercury vapors emanating  from amalgam fillings during those routine dental procedures.

There is no related posts.